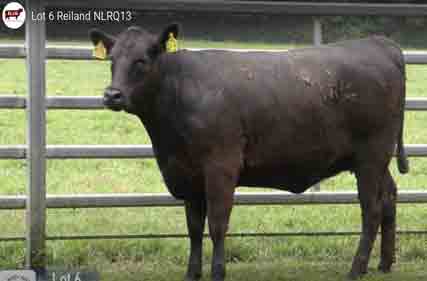 A sale between two Angus studs from opposite ends of the nation offering elite Angus heifers with calving ease, docility and positive carcase traits has topped at $7750.

The online sale was hosted by AuctionsPlus on December 4, 2020, and featured 70 heifers joined for an autumn calving, and elite embryo packages.

A Bushs Easy Decision 98 daughter, out of Reiland Wilcoola N903, the 584kg heifer was sold joined to Reiland Pete P912 for a February calving.

Q13 offered an outcross performance pedigree, ranking top 13 per cent for calving ease at +7.8, and with 600 day growth of +130kg combined with neutral fat and superior marbling at +2.6.

Livingstone Pastoral bought two heifers for $3500 each while NG Andrews took home four heifers to a top of $4250.