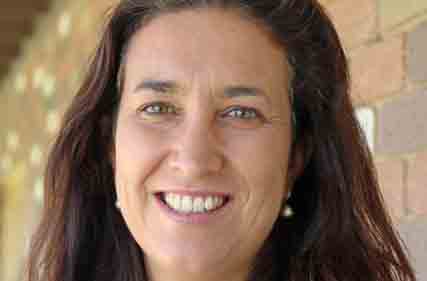 With the forecast of continued dry conditions in southern NSW, beef producers are removing weaners from paddocks into confinement areas to maintain ground cover over the next six months.

“The feed is only as good as its ingredients and the producer is the other half of the equation in terms of observation, monitoring and management,’’ Mrs Logg said.

She said stock in containment areas had a lower maintenance requirement but when considering a pellet ration, energy was top priority, followed by protein.

Mrs Logg, of Coprice, was a guest speaker at the Pasture Agronomy Service drought management seminar at Wagga Wagga on December 11.

“Ideally adapting the rumen is a three week process but often economic and production pressures reduced this to one to two weeks,’’ she said.

“Short cuts can result in poor performance and even death.’’

When feeding in a confined area, work on a minimum of four square metres per head for calves weighing 150kg liveweight.

Young calves on self-feeders require 10cm per head and no more than 50 per 2.4m long feeder.

For troughs, calves require 30cm per head and enough space for all stock to eat at once.

Cattle will require 10 litres of water for every 100kg of liveweight, and this increases in hot and humid weather.

“Always introduce livestock to grain when they are full on palatable hay and separate off the shy feeders,’’ Mrs Logg said.

“Assess and monitor their intake, pay attention to trough spaces and animal behavior, and ensure the feed bunks/troughs and water troughs are kept clean.

“Set consistent feeding times at first thing in the morning and late afternoon to coincide with natural grazing.

“Monitor the manure in calves – loose soft and brown is optimum, firm and dry means insufficient intake, loose watery and grey is an over-challenged digestive tract while streaks of blood can mean ulceration.

“Acidosis means readjusting the ration or ensuring there is enough hay.’’

Ruminant nutritionist Dr Paul Meggison, of Ausfarm Nutrition, Wagga, said beef calves could be weaned as early as 100kg liveweight, with feed conversion ratios of one kilogram of liveweight for every three to four kilograms of grain based feed consumed.

Dr Meggison advised beef producers to seek third party advice when sourcing feed pellets to ensure the product is suitable for the purpose.

“Cows I am seeing in the paddocks at the moment shouldn’t lose too much more weight otherwise the integrity of the animal is compromised down the track,’’ he said.

“Pulling back on feed now and playing catch up by feeding cows two months before calving can result in calving difficulties (dystocia).

“It is possible for cows to go into the next calving underweight but it is not advisable due to the knock-on effect on milk production and calf growth limitations.’’

Dr Meggison said a 450kg cow in early pregnancy required a maintenance ration of 58 megajoules of energy per day and seven per cent protein.

In late pregnancy, this rises to 75 megajoules of energy per day and 8.1 per cent protein.

“For a cow to produce 10 litres of milk a day it will cost another 60 megajoules of energy so feeding the calf on milk from expensive feed is an economic disaster,’’ he said.

“A calf of 100kg requires maintenance of about 17 megajoules or seven litres of milk – in most areas paddocks are bare and calves are not getting any nutrition from the pasture.

“A total of 50-60kg of dry paddock feed is required to produce one kilogram of weight gain in a calf.

“If calves are weaned early at three to four months, the cow has time to recover her body condition score to three to four.

Dr Meggison recommended buying new season barley straw due to the high energy levels of up to 7.5 megajoules.

“If you have any substantial feed on the farm to be included in the ration program, please get it analysed.’’

Dr Meggison said the summer weeds of hairy panic, goose foot, black grass, heliotrope and pepper grass may have a role during a protein shortage due to their dry matter percentage, energy and protein content.

But, these weeds needed to be grazed at appropriate growth stages and in conjunction with a toxin binding supplement to avoid toxic effects on stock, including photosensitisation and liver damage.