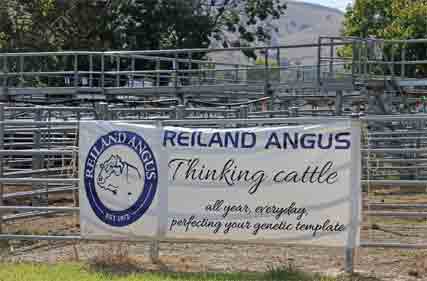 A rich prize purse of $1000 will be up for grabs in the schools steer section at the 2019 Sydney Royal Angus Feature Show thanks to southern NSW stud, Reiland.

The Noel Williams Shield will be presented by the NSW State Committee of the Angus Society of Australia to the highest scoring Angus steer entered in the schools section of the RAS Steer and Carcase competition.

Committee secretary Richard Buck paid tribute to the generosity of Gundagai based Reiland stud in sponsoring the Shield to encourage youth participation in the cattle industry and Angus breed.

Mr Buck said the Noel Williams Shield created plenty of healthy competition among the NSW schools taking part in the popular schools steer classes, with many of the cattle sourced from NSW Angus studs.

The Noel Williams Shield was first presented as the PIBA Shield in 1994 and honors the memory of the late Noel Williams, Berry Mountain Angus Stud, Berry.

Mr Williams was devoted to sourcing steers and helping school students exhibit cattle at the Royal Show, often paying the expenses out of his own pocket.

Bred by Milong Angus at Young, NSW, the winning steer scored 89 points on the hook and won a silver carcase award.

The carcase weighed 574kg and was bought by Wingham Beef Exports for 305c/kg. The first stand alone RAS School Steer competition was held in 1986 with the cattle housed in the pig pavilion at Moore Park showground and the students were accommodated in the Anzac Rifle Range army huts at Little Bay.

The school steers will be judged and auctioned on the hoof on April 12 and on the hook on April 16. The winners of the champion school led steer and carcase will receive $200 each.

The NSW State Committee will also award $500 to each Angus exhibit in the winning Stan Hill team, along with a cash prize of $200 each to the five highest scoring Angus carcases with 85 points or more. ends