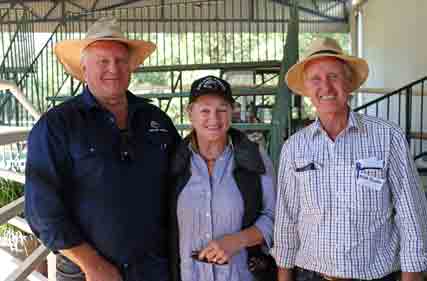 Reiland Angus may be celebrating 50 years of breeding stud cattle in 2021 but breeding objectives remain firmly focused on improving a client’s profitability.

Speaking at the Reiland client seminar in Tumut on March 31, co-principal Mark Lucas said the stud aimed to deliver animals tailored not only to industry needs but to the producer’s business.

Dairy farmers Roland and Eileen Lucas began breeding Angus commercially in 1971 and founded the stud in 1973.

“Roland was a man for reinvesting in cattle and not shares,” Mark said.

‘The first bull we invested in when Angus were unpopular in the 1970s was Berry Mountain Moon from Noel Williams.

“Back then there was seven unknown parents in that bull’s pedigree and there were no EBVs.”

“Days to calving is something we overlook and it is a big fertility driver, and in many cases over rides perceptions where fat and gestation should be.

“We can’t make animals sound enough and the industry as a whole needs to get that better.

“Reiland prides itself on type – we don’t want to be in the race where the biggest is the best. We want the most profitable to be the best.

“The frame is contained and it is not a massive animal that is a big eating machine.

“We focus on stayability which is having the discretion of keeping a cow an extra few years if needed and ensuring those animals have sound udders and good productivity.

“I would like to have an EBV out there for resilience – the ability to recover or adjust easily from misfortune or change.”

Future sires for Reiland include Reiland Qarhere Q301, which weighed well above his contemporaries (averaged 650kg) at 790kg.

A new investment this year for Reiland is Western Australian heifer bull Esslemont Quokka Q24 which ranks in the top one per cent for eye muscle area, six per cent for IMF and eight per cent for birthweight.

“He is a mighty young bull ranking in the top one per cent for all indexes,” Mr Lucas said.